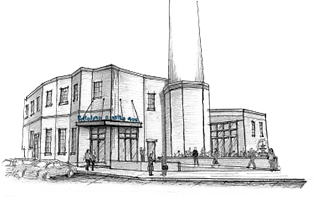 Nikhil P. Yerawadekar & Low Mentality
Known for his work in groups like Antibalas, The Sway Machinery, Bright Moments and Akoya Afrobeat, multi-instrumentalist and producer Nikhil P. Yerawadekar* founded the band Low Mentality in 2011. The group brings a new bass- and beat-oriented rock and roll sound to the table, merging qualities of Afrobeat, reggae, dancehall, calypso, hip-hop and folk music. Nikhil’s vision for Low Mentality is more a reflection of his upbringing in the melting pot of Queens, NY than that of any particular musical niche. The aim is to have the science, the id and the appreciation all there together at the party without worrying about what is what. The group’s dance video for “Run Fast” premiered on Okayafrica in 2013, and the song was featured on NPR’s Afropop Worldwide radio program as well as on the ParisDJs compilation Have You Ever Been To Electric Afroland? While working on an exciting collaboration with the legendary Ethiopian keyboardist, accordionist and bandleader Hailu Mergia under the auspices of the famed Awesome Tapes From Africa blog and record label, the group recently released their debut vinyl single “Reel It In” on 3rd Generation Recordings. The tune has made its mark on radio throughout the US, getting featured on the likes of WFMU, PRI and KEXP, where it was named Song Of The Day. Nikhil and Low Mentality are currently set to release their debut album, Everything Lasts Forever, in April 2016.
https://www.facebook.com/NikhilPLowMentality/

M’bolo
http://www.mboloband.com/
https://www.facebook.com/cheikhmbolo/?fref=ts
M’bolo plays mbalax, the high energy music of Senegal. “M’bolo” means “together” in Wolof, a language spoken in Senegal. Cheikh Ngom, lead singer and songwriter, was born and raised in Kaolack, a city on the coast of Senegal. He has been singing, dancing, and playing sabar drums all his life. He has performed throughout Africa, Europe and the U.S. Dillon Zahner, Galen Gregory Willett, and Beza “bayz” Gebre, M’bolo’s guitarist, bass player, and drummer met at Boston’s Berklee College of Music. They share a love of West African rhythms. When they heard Cheikh perform at a Cambridge Club, they joined him and formed M’bolo. M’bolo has been performing for about three years.

Delivery and Take out

take out & delivery is nightly at 5.